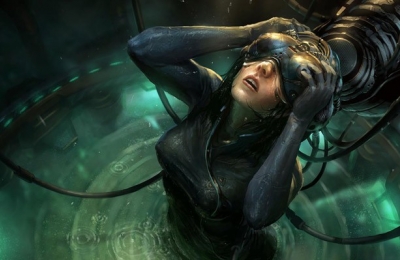 After few years of Hollywood's stalled plan for a live action remake of Japanese anime and manga, Ghost in the Shell has moved a step closer to reality.

According to Deadline, DreamWorks has made a deal with Snow White And The Huntsman helmer Rupert Sanders to direct a movie adaptation of Ghost In The Shell, following the new script from William Wheeler. The film will be produced by Avi Arad (Blade, X-men, Amazing Spiderman, Iron Man), Ari Arad and Steven Paul (Ghost Rider). The Ghost in the Shell project was acquired by Steven Spielberg through DreamWorks several years ago with the ambitions to turn it in spectacular 3D blockbuster.

Steven Spielberg, who is a long-term fan of Mamoru Oshii's 1995 film, bought the rights to remake the 1989 manga comic in April 2009, but unfortunately the movie failed to make it to the production stage. Now Spielberg's Dreamworks studio is reviving the project with a new screenplay by William Wheeler (The Reluctant Fundamentalist).

The Ghost in the Shell comic book series follows a complex story of a cyborg detective Major Motoko Kusanagi, team leader of a futuristic Japanese counterterrorism organization focused on cyber-crime. Three anime films have been based on the comic, of which the 1995 Ghost in the Shell was the first, as well as a very successful animated Japanese TV series and three video games.

The new adaptation will be the first attempt at a live action Ghost in the Shell.

Rupert Sanders is known for his British commercials and as a film director, he made his feature debut on 2012's Snow White and the Huntsman. Sadly the movie didn't get in the news for its qualities but due to a sex scandal. The main star Kristen Stewart had announced her romantic involvement with Sanders during the filming while she was still in a relationship with her Twilight partner Robert Pattinson. At the moment Rupert Sanders has a number of high-profile projects on his slate. He is tipped to direct a biopic of Napoleon Bonaparte, a futuristic romance titled Juliet and an adaptation of the Frederick Forsyth thriller novel The Kill List, not to be confused with Ben Wheatley's acclaimed 2011 occult horror Kill List.

Celebs without their makeup! (GALLERY)

Beautiful and famous women do not always look great off the red carpet, like any other wome...

A giant squid was found in the fishing net of fisherman Shigenori Goto just off the coast o...
Send us your articles and web-novels! comments powered by Disqus

Spielberg's Plan for Ghost in the Shell Live-Action ...

After few years of Hollywood's stalled plan for a live action remake of Japanese anime and m...

Sony has announced plans for its cloud gaming service to go live at the Console Electronics ...