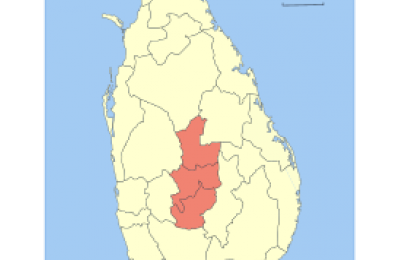 
Schools reopened on Monday in Sri Lanka and the government said they had arrested hundreds of people for participating in anti-Muslim riots. A state of emergency remained in effect in the island nation which had been gripped by widespread violence which started in the Central Province. At least two people died. At least eleven mosques were reported torched and 200 homes and businesses burned when the violence was at its peak.

Police reported 230 arrests, both for direct involvement and for spreading anti-Muslim hate speech on the internet. Police said to expect more arrests in coming days. Lifting of the state of emergency was expected, according to Al Jazeera, but had not occurred as of Monday. Prime Minister Ranil Wickremesinghe visited Kandy District over the weekend and told reporters victims will be compensated for damages.

Ever since a nearly three decade long civil war came to an end in 2009, relations between Sri Lanka's Sinhalese Buddhist majority and Tamil Sunni Muslim minority have remained tense, but largely peaceful until this month.

On March 4, in the village of Teldeniya a traffic accident escalated into a fight wherein a group of young Muslim men beat a Buddhist man, who later died, according to Al Jazeera. On March 5, hundreds of Sinhalese, whom local residents and officials said were from outside the city, took to the streets of Kandy. The mob targeted Muslims' homes and businesses, setting several of them on fire. A Muslim man's dead body was found inside one of the burned buildings.

By March 6, the Sri Lankan government had declared a state of emergency and imposed a curfew on the region. The emergency declaration by President Maithripala Sirisena allowed the army to be called into action. Nevertheless, the unrest and violence spread to several towns surrounding Kandy. Government officials surmised the rioters were coordinating their attacks at specific locations through social media. Internet access was cut off for the province, and social media including Facebook, WhatsApp and Viber were blocked for the entire country.

"Technology created to bring people together is being used to pull people apart. Social media websites [...] have been used to destroy families, lives and private property," said Harin Fernando, the Minister of Telecommunication and Digital Infrastructure, according to Sri Lanka Mirror.

On March 7, the curfew was expanded to be around-the-clock after, officials said, a hand grenade went off while a man was carrying it and killed him as well as injuring at least eleven other people. Police said they identified a hardline Buddhist nationalist who posted an anti-Muslim video, which was thought to be a source of incitement, on social media. Reports of violence spread as far as Weligama, which is on the southern coast of the island, some 240 km (150 miles) south of Kandy.

The next day, Thursday, mobs of rioters burned shops and threw Molotov cocktails at a mosque as religiously-fueled violence continued. The government arrested, by their account, Amith Weerasinghe, a hardline Buddhist-nationalist known for his anti-Muslim sentiments, as the suspected main agitator behind the violence.

Friday prayers at mosques were conducted under heavy police protection, without incident according to authorities. Also on Friday, hundreds of protesters, including Buddhist monks, gathered in the capital city Colombo and denounced the riots and violence. Saturday, President Sirisena announced an investigation of the violence in Kandy with a tribunal of retired judges. Kandy lifted curfew Saturday, but kept emergency powers in place.

Early Sunday morning, a restaurant in Anamaduwa, North Western Province was attacked despite heightened police presence, breaking a lull in violence since Thursday. Police arrested seven suspects in connection with the predawn petrol bomb attack on the restaurant. Meanwhile, in the Central Province, where the violence began over a week ago, the Chief Minister Sarath Ekanayake announced schools would reopen Monday after being closed during the violence last week.

Saturday, June 3, 2017  Disasters and accidents Related articles 2 June 2017: Death to...
Send us your articles and web-novels! comments powered by Disqus

State of emergency in Sri Lanka remains despite calm...

A gallery of our top 5 most anticipated PC games for 2014. Let us know which PC games...