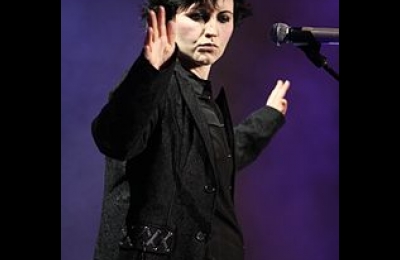 Later one of the richest women of Ireland, O'Riordan joined the rock band, then known as "the Cranberry Saw Us", as a teenager around 1989, after Niall Quinn had left the band. Also featuring drummer Fergal Lawler, bassist Mike Hogan and his brother Noel Hogan, the lead guitarist, the band released their first album Everybody Else Is Doing It, So Why Can't We? in 1993. The debut album featuring single Linger was an international success. The band went on to release six more albums featuring O'Riordan's voice, including Something Else, which was released last year.

A year later, in 1994, the band released their second studio album, No Need to Argue, which featured the song Zombie, a song about bombings related to Northern Ireland. Zombie topped the singles charts in various countries. In the same year, O'Riordan married Don Burton, sometime manager of the Duran Duran band. Their third album, To the Faithful Departed, was released in 1996. The album did not receive the acclamation of the first two.

In 2003, the band split, and it was reunited in 2009. During those six years, O'Riordan released two solo albums — Are You Listening? in 2007 and No Baggage in 2009. 2012's Roses was the first album The Cranberries released after reunification.

Last year, O'Riordan revealed through London's Metro newspaper she had been diagnosed with bipolar disorder. She also spoke of suffering from depression to The Irish News. In 2014, the singer was involved in assaulting a flight attendant and three police officials on a flight from New York, US to Ireland. She was fined €6000 (US$6600) after she pleaded guilty; medical reports said she suffered from mental illness during that incident. Last year, the band's tour to North America and Europe for Something Else was cancelled partway through as O'Riordan suffered from a back problem.

After announcement of O'Riordan's death, Irish prime minister Leo Varadkar tweeted, "For anyone who grew up in Ireland in the 1990s, Dolores O'Riordan was the voice of a generation. As the female lead singer of a hugely successful rock band, she blazed a trail and might just have been Limerick's greatest ever rock star. RIP."

The official twitter handle of The Cranberries posted a tweet saying, "We are devastated on the passing of our friend Dolores. She was an extraordinary talent and we feel very privileged to have been part of her life from 1989 when we started the Cranberries. The world has lost a true artist today."

Born on September 6, 1971 in Ballybricken, a town in southeastern Ireland, O'Riordan had six older siblings. She wrote songs since the age of twelve. James Walton, a priest from her home area, said, "The plan is for her to be buried here at home. When that will be will depend on when her body is released."

Tags: Noel Hogan Everybody Else Is Doing It So Why Can't We? Linger (song) Something Else No Need to Argue Zombie (song) Duran Duran To the Faithful Departed Are You Listening? (Dolores O'Riordan album) No Baggage The Irish News Leo Varadkar Limerick Ballybricken

Sunday, May 27, 2018  Crime and law Related articles 27 May 2018: Ireland votes to overt...
Send us your articles and web-novels! comments powered by Disqus

Later one of the richest women of Ireland, O'Riordan joined the rock band, then known as "th...

Karnataka closed for a day after Supreme Court's jud...

Tim Russ, better known from Star Trek: Voyager as Tuvok will be joining the growing cast for...

High potential for wildfires across Texas for severa...

Wynnum defeat Maroochydore in round 4 of Australia's...