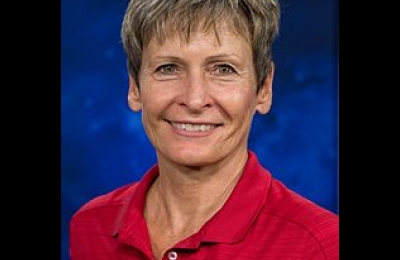 Whitson was greeted with flowers, a pair of sunglasses and a medical team. All three arriving on the capsule, Whitson, fellow top-ten endurance astronaut Fyodor Yurchikhin, and NASA astronaut Jack Fischer, were carried from the capsule in chairs because they were no longer used to Earth's gravity. Because of Hurricane Harvey, which flooded the Johnson Space Center and much of the rest of Texas the previous week, NASA was unable to send a plane to pick them up at their landing site. Instead the European Space Agency transported all three to Cologne, Germany.

The astronaut left in command of the ISS, Randy Bresnik, had left them with, "We are in your debt for the supreme dedication that you guys have to the human mission of exploration," and called Whitson in particular an "American space ninja."

Whitson's colleagues on the ground said she worked at great speed, continually seeking and performing new experiments. Her team completed work on plant physiology, chemotherapy drugs, and the effects of microgravity on stem cells and human eyes.


Whitson's home, in Houston, was not destroyed by Hurricane Harvey, though NASA's staff there has experienced some hardship, with many sleeping at Mission Control. Whitson commented, "Any trepidations I might have about returning in the aftermath of a hurricane are entirely eclipsed by all those folks keeping our mission going."

With her stay in space Whitson also broke a few other records, according to Associated Press. She is the oldest woman to serve in space and the most experienced female spacewalker, at ten spacewalks. She is also the first woman who has commanded the ISS more than once.

Whitson was greeted with flowers, a pair of sunglasses and a medical team. All three arrivin...

Pakistan: At least 18 killed, others wounded in suic...

Proud Boys indicted for conspiracy over January 6 U....