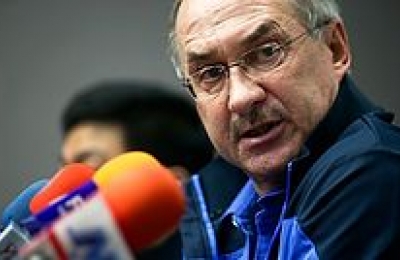 63-year-old Stielike was in charge of the Korean team since September 2014 succeeding Hong Myung-bo. Stielike led the Korean team to the final of the Asian Cup in 2015 without conceding a goal, but lost to Australia in the extra time of the final.

In the group A of Asian countries for the next year's World Cup qualification, South Korea is second in the table after already-qualified Iran, who has 20 points — seven more than Korea. Korea is to face Iran on August 31, and Uzbekistan on September 5.

Tuesday's defeat against Qatar was Korea's third defeat in their last five games. In the eight qualification games, Korea won four and drew one game. A second-place finish would earn the Korean team automatic qualification, but faces potential competition with third place Uzbekistan, who is trailing by only one point.

63-year-old Stielike was in charge of the Korean team since September 2014 succeeding Hong M...

Debris believed to be part of an aircraft has washed ashore on an uninhabited island in the ...

Kezia Dugdale MSP (Member of Scottish Parliament) has been elected as the new leader for Sco...