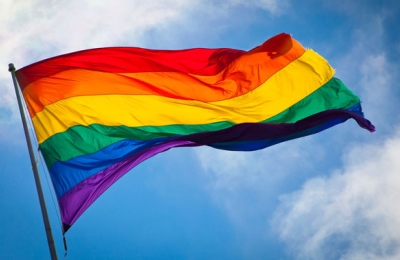 According to a report produced by the Culture, Media and Sport select committee of the House of Commons in the United Kingdom on Friday, discrimination against homosexuality is now a worse problem in sports than racism and sports governing bodies have failed to effectively respond to the problem.

The wide-ranging report from the select committee was sparked in part by controversy around comments by professional boxer Tyson Fury that the Committee's report described as "violently homophobic". The subsequent inclusion of Fury on a shortlist for the BBC's Sports Personality of the Year Award was, according to the report, "symptomatic of homophobia not being taken seriously enough" and "an example of how homophobic abuse is allowed to pass unchallenged too often".

The report praised the inclusion of 44 lesbian, gay or bisexual athletes in the team sent by the United Kingdom to the 2016 Olympics in Rio, as well as the visibility of a number of top openly gay athletes including diver Tom Daley and Welsh international rugby player Gareth Thomas, but noted sport still lags behind wider society in acceptance, visibility and respect afforded to lesbian, gay and bisexual people. The authors of the report cited numerous examples of discrimination across different sports including the controversy around Tyson Fury's comments; comments by boxing champion Manny Pacquiao, with subsequent termination of a sponsorship contract Pacquaio had with Nike; verbal abuse faced by British race walker Tom Bosworth; alleged discriminatory comments by Russian Olympic athlete Yelena Isinbayeva; and the "extensive homophobic backlash" faced by the now-retired basketball player John Amaechi when he came out as the first openly gay player in the NBA.

Discrimination is responsible, according to the report, for many lesbian, gay and bisexual people dropping out of participation in sporting activity. The report cited a study, "Out on the Fields", which found 30% of gay men surveyed said they had been discouraged from pursuing sport due to experiences from physical education classes in school. The report recommended sports governing bodies "extend their work in schools explicitly to address the problem of homophobia", and warned the exclusion of lesbian, gay and bisexual people has negative effects for both the individuals concerned and for the sports which potentially miss out on talent when players do not feel they are made welcome.

The report recommended football clubs need to apply a zero-tolerance policy on anti-homosexual abuse from fans and issue "immediate bans" of one to two years. The report called on corporate sponsors to make it clear to players they won't risk losing sponsorship deals if they come out, citing as a positive change the reform to sponsorship contracts by Adidas. The report also cited the need for visible campaigns against anti-homosexual discrimination in sports to parallel earlier efforts to fight against racism, such as the Kick It Out and Show Racism the Red Card campaigns, and urged sports governing bodies make a sustained commitment to such campaigns.

Swiss mining company Glencore announced yesterday the closure of its coal mine in Tahmoor, N...

Driving down a highway at night can be great, it is very relaxing, but sometimes those road ...