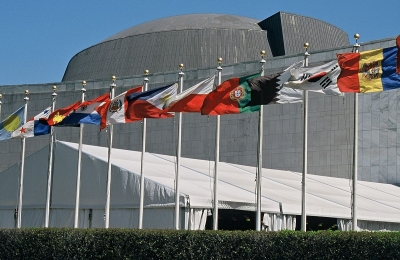 The official government of Yemen issued a statement on Wednesday requesting a re-evaluation the role of the United States in antiterrorism ground operations on its soil, in response to a January 29 raid by United States SEAL Team Six that killed several Yemeni citizens.

An earlier report alleged Yemeni officials told the White House their government had withdrawn its permission for U.S. ground ops, but later Yemeni statements have asked for a "reassessment" of the role of the U.S. in local anti-terrorist activities. "We have not withdrawn our permission for the United States to carry out special operations ground missions. However, we made clear our reservations about the last operation," one Yemeni official told Reuters of a meeting between the U.S. ambassador and Yemeni President Abd Rabbu Mansour Hadi.

The Yemeni government's remarks stressed consultation before operations. Wednesday's official government statement from the Yemeni embassy in Washington, D.C. read: "The government of Yemen reiterates its firm position that any counter-terrorism operations carried out in Yemen should continue to be in consultation with Yemeni Authorities and have precautionary measures to prevent civilian casualties. Yemen believes that terrorism is a global menace that has no borders, religion or nationality; one that only a collective and well-coordinated response can address."

"Currently, we have not been ordered to stop conducting any operations nor have been directed to halt any operational planning," said Major Josh Jaques, a spokesperson for U.S. Central Command responsible for the Middle East.

Although there have been many U.S. drone strikes in Yemen in the past few years, the U.S. has publicly acknowledged only one previous ground raid. The operation was approved by U.S. President Donald Trump after planning under his predecessor President Obama. According to CBS, the SEAL team approached an Al-Qaeda compound in Bayda province but became pinned down and called in an air strike for assistance. Fatalities included U.S. Navy SEAL William Owens. According to the Pentagon, the raid killed more than a dozen members of Al-Qaeda, and, according to medics on the scene, several civilians. These included amongst others, accordingly to various reports, a three-month-old baby, a pregnant woman, and an eight-year-old girl whose U.S.-born father was a religious leader killed in 2011 after allegedly organizing attacks against the U.S. A US$72 million medevac (medical evacuation) aircraft was also destroyed. One U.S. military official remarked "almost everything went wrong."

"It was highly successful. It achieved the purpose it was going to get, [save] the loss of life that we suffered and the injuries that occurred," announced White House Press Secretary Sean Spicer.

US officials said the goal of the raid was to gather intelligence — reportedly, laptops and other electronics that might contain useful intelligence about Al-Qaeda. One U.S. military official said the raid also targeted Al-Qaeda leader Qassim al-Rimi.

Yemen is in the second year of a civil war between Houthi rebels and its internationally recognized government, which made the statement on Wednesday. Extremist groups have used the war to establish Yemeni strongholds. Yemen is also one of the seven Muslim-majority nations named in President Trump's January 27 executive order forbidding travel to the United States.

In another political complication, the raid killed an Al-Qaeda commander Abdulraoof al-Dhahab, a Yemeni government ally against the Houthi. "It was wrong to kill him and the children [...] he fought the Houthis and did not have any thought of launching attacks abroad. If the government allowed this to happen, it was a mistake," said one al-Bayda tribal leader.

A report released by the Senate Intelligence Committee yesterday concluded that the CIA mis...

The official government of Yemen issued a statement on Wednesday requesting a re-evaluation ...

Four foreign men have today gone before a court in Hungary on suspicion of people smuggling....