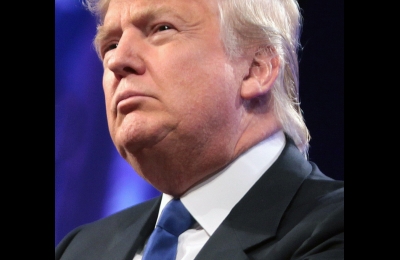 In response to a lawsuit filed by Washington State attorney Bob Ferguson in Seattle, U.S. federal judge James Robart on Saturday ordered the suspension of a January 27 executive order issued by U.S. President Donald J. Trump suspending entry to the U.S. by refugees and individuals from seven Muslim-majority countries. The Department of Homeland Security complied with the judge's ruling but the Department of Justice also requested an emergency stay so that enforcement of the executive order could resume. That stay was rejected early yesterday morning.

Judge Robart ruled against the order on the grounds that there was no evidence it was "to protect the U.S. from individuals" described in the executive order. This follows the temporary suspension of this order issued a week earlier by another federal judge, Ann Donnelly, though while Donnelly's stay focused on preventing the deportation of travelers who had already reached the U.S. or were at that time en route, under Robart's ruling, approximately 60,000 revoked visas are to be returned to the people to whom they had been issued, not all of whom had already left for the U.S. People whose visas were physically taken away must apply for replacements. Yesterday, several Middle Eastern airlines had already begun to board passengers, and refugee flights were expected to resume today. Representatives from the U.S. State Department said officials would coordinate replacement travel plans for refugees over the next few weeks and that the difficulty many of them face traveling from camps to airports may cause some delay.

The judge opens up our country to potential terrorists and others that do not have our best interests at heart. Bad people are very happy!
—President Donald J. Trump, of Judge Robart's ruling.

The Department of Homeland Security issued a statement saying they would comply with the order while the Department of Justice requested an emergency stay of the judge's ruling. The appeal was filed on Saturday night with the 9th Circuit Court of Appeals, which declined to overturn Robart's decision, stating "Appellants' request for an immediate administrative stay pending full consideration of the emergency motion for a stay pending appeal is denied." The appellants, the Trump administration and Justice Department, were asked to file a counter-response promptly. The matter could ultimately go to the U.S. Supreme Court.

President Trump was more direct. "What is our country coming to when a judge can halt a Homeland Security travel ban and anyone, even with bad intentions, can come into U.S.?" he said via Twitter. "The judge opens up our country to potential terrorists and others that do not have our best interests at heart. Bad people are very happy!" In another Tweet, he referred to Robart as a "so-called judge" and expressed confidence the ruling would be overturned. He also claimed, "Interesting that certain Middle-Eastern countries agree with the ban. They know if certain people are allowed in it's death &amp; destruction!" Judge Robart acquired his post under Republican president George W. Bush and was confirmed by a strong majority vote in the U.S. Senate. Washington Attorney General Ferguson, who said his actions were non-partisan, has filed lawsuits against Democratic president Barack Obama.

Executive order 13769, named "Protecting the Nation from Foreign Terrorist Entry into the United States," suspended entry of all refugees for 120 days, of all Syrian refugees indefinitely, and forbade the entry of any individual from seven Muslim-majority countries, Iran, Iraq, Somalia, Yemen, Sudan, Libya and Syria. It was met with protests and with lawsuits in several U.S. states, including the one ruled upon by Judge Robart. This lawsuit claimed that the executive order targeted Muslims in a manner that violated the U.S. Constitution. The U.S. Speaker of the House, Republican Paul Ryan, expressly disagreed: "This is not a Muslim ban. If it were, I would be against it," he said. Democrat Chuck Schumer of New York said the president's criticism of Judge Robart might affect the confirmation process for his recent Supreme Court nominee, Neil M. Gorsuch. Patrick Leahy, a Democrat on the Senate Judiciary committee, said Trump's "hostility toward the rule of law is not just embarrassing, it is dangerous" and questioned whether Trump was trying to "precipitate a constitutional crisis." Other politicians, such as Republicans John McCain and Lindsay Graham, expressed concern this order could create tension with Muslim-majority countries that currently enjoy good relations with the U.S., such as Jordan.

Others reacted specifically to Trump's vehemence toward Robart. "It's hard for the president to demand that courts respect his inherent authority when he is disrespecting the inherent authority of the judiciary. That certainly tends to poison the well for litigation," said law Professor Jonathan Turley of George Washington University. Vice President Mike Pence pointed out President Trump is already known for not pulling his verbal punches. "I think the American people are very accustomed to this president speaking his mind and speaking very straight with them," he said.

Tags:
Send us your articles and web-novels! comments powered by Disqus

In response to a lawsuit filed by Washington State attorney Bob Ferguson in Seattle, U.S. fe...

The alcohol was being delivered in paper bags and pizza boxes, with the same delivery vehicl...

Cody and Caleb set to fill in the missing gaps in Fa...