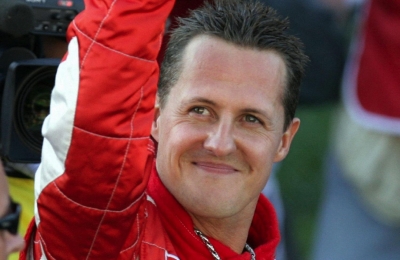 The F1 legend Michael Schumacher remains in an induced coma 1 month from today after a skiing accident that left him fighting for his life.

Schumacher hit his head on a rock while skiing off-piste in the French Alps on December 29, 2013.

Fans worldwide are still in shock over the incident and can only hope that he can make a recovery, unfortunately some specialists have said that he may remain in a vegetative state for the rest of his life.

His wife Corinna and his children have remained by his side through this tough time and have thanked his fans for their support on Schumacher’s official website earlier this month.

In a time like this, it is important to remain positive, Schumacher is still young, so it is possible he may be able to make a partial recovery after some time with the right treatment and care.
Share this article:

Michael Schumacher has pulled through from the coma which has kept him in a deep slumber si...

Doctors are currently working to bring Michael Schumacher slowly out of the induced coma, b...
Send us your articles and web-novels! comments powered by Disqus

The F1 legend Michael Schumacher remains in an induced coma 1 month from today after a skiin...

Cody and Caleb set to fill in the missing gaps in Fa...

At 3:36am this morning, local time a 6.2 magnitude earthquake struck about 10 kilometres sou...

The bodies of two adults and two children were found yesterday at a flat in Gibraltar in a p...