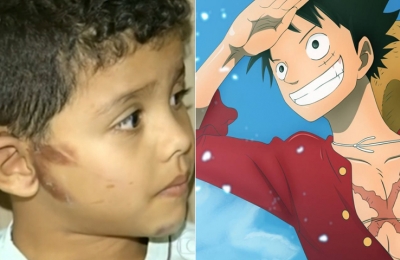 A 56-year-old woman and her five-year-old grandson from Anápolis in the state of Goias, Brazil were involved in a car accident that would have in most cases been fatal.

This miraculous event was all caught on CCTV; please note the following footage is graphic.

João could be compared with the Japanese anime character "Luffy" which has a special power that makes his body like rubber, in which he was almost completely unaffected by the accident.

Both Vilma and João were taken to hospital to undergo a series of examinations. João was discharged on the same evening after the accident with minor abrasions to the right side of his face, chin and ear. Vilma was released on Wednesday morning suffering from cuts and bruises to her legs and head.

Later when interviewed by reporters, João said he was more concerned about his grandmother than himself.

A bus carrying 60 passengers to a religious event in the Santa Catarina state of Brazil plu...

Michael Schumacher has pulled through from the coma which has kept him in a deep slumber si...
Send us your articles and web-novels! comments powered by Disqus

A 56-year-old woman and her five-year-old grandson from Anápolis in the state of Goias, Braz...

Thousands gather in Jantar Mantar and other cities t...

Trump says he may put US into state of emergency to ...

United States Related articles January 7, 2019: Trump says he may put US into state of eme...

State of Decay is one of the fastest selling original games to hit Xbox Live Arcade so it is...