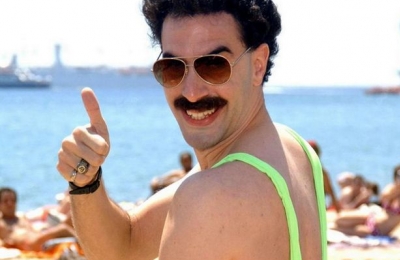 Sacha Baron Cohen, better known as Borat, is in talks with Disney to join the cast for the sequel to Alice in Wonderland "Through the Looking Glass".

Cohen is reported to be casted as the villain known as "Time".

Johnny Depp and Mia Wasikowska will also return to reprise their roles as the Mad Hatter and Alice, respectively.

Filming is expected to begin near the end of the year and will be directed by James Bobin. The movie has a release date set for May 27, 2016.

The first Alice in Wonderland movie was a box office hit and reached a gross total of $1.02 billion in 2010.

Alice in Wonderland, it's a very NICE!!!

Sacha Baron Cohen, better known as Borat, is in talks with Disney to join the cast for the s...

Jesse Eisenberg as Lex Luthor, can he pull it off?

The star behind the movie hit The Social Network has been cast as the villain in the upcomin...

Shell chief executive warns Europe may have to ratio...

Spanish footballer Fernando Torres has signed a one-year contract extension with the capital...