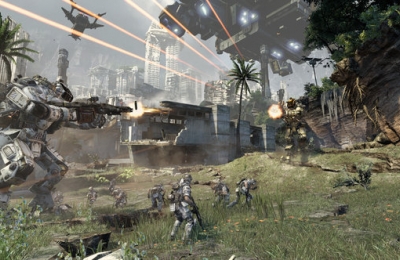 The producer of Titanfall has stated Titanfall is "really tough to market". Titanfall is a game that features giant robots shooting at each other, aimed for multi-player experience only.

The lack of single-player script events has made trailers virtually non-existent, the company has taken to simply showing off gameplay in the hope that it will appeal to gamers.

If things could not get any worse, they did; gamers were disappointed to find out there will be no larger player count than 12 in the final game.

Vince Zampella, one of the founders of Respawn Entertainment, the studio that developed Titanfall; tweeted that matches will be 6v6 at maximum.

State of Decay is one of the fastest selling original games to hit Xbox Live Arcade so it i...

A gallery of our top 5 most anticipated PC games for 2014. Let us know which PC game...

A giant squid was found in the fishing net of fisherman Shigenori Goto just off the coast o...
Send us your articles and web-novels! comments powered by Disqus

US rapper Mac Miller dies at home in Los Angeles