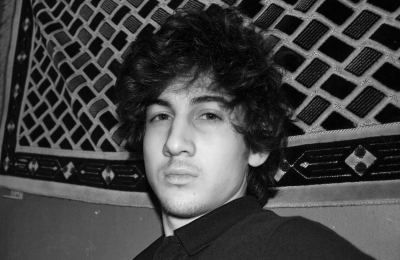 Jurors in the US federal criminal trial of Dzhokhar Tsarnaev found him guilty yesterday of all 30 charges for the bombing of the Boston Marathon which occurred on April 15, 2013. The bombings killed three people and injured a further 264 people. Tsarnaev was also found guilty of shooting dead Sean Collier, an MIT police officer. The jury took eleven hours across two days to find Tsarnaev guilty.

During the fifteen days of the trial, the prosecutors called 92 witnesses to testify as to the chaotic scenes following the bombing. The father of Martin Richard, an eight-year-old boy killed in the bombing, said he had to make the difficult choice to leave his wounded son to die so he could get help for his six-year-old daughter whose leg had been destroyed in the blast. Footage presented in court showed Tsarnaev placing a backpack containing the bomb close to the location of Martin Richard.

Tsarnaev was represented by Judy Clarke, a death penalty specialist who previously represented Ted Kaczynski, the "Unabomber". The defence focused on averting the death penalty, and called only four witnesses, seeking to present Tsarnaev's older brother Tamerlan as the guiding force in the attack. They said that Tamerlan searched online for terms like "detonator" and that while Tamerlan's fingerprints were found on the bombs, Dzhokhar's were not.

Though Massachusetts does not have the death penalty, as the case is being heard in federal court the prosecutors are able to seek the death penalty. The second phase of the trial is to decide whether or not Tsarnaev will be executed or sentenced to life in prison.

Jurors in the US federal criminal trial of Dzhokhar Tsarnaev found him guilty yesterday of a...

According to a study published on Monday in the Proceedings of the National Academy of Scien...