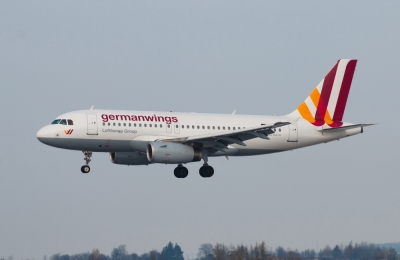 Officials said Thursday, after analyzing data from the Germanwings Flight 9525 cockpit voice recorder, that the airbus crashed into the French Alps because its co-pilot deliberately crashed it.

On the cockpit voice recorder, the captain can be heard trying to get back into the cockpit. Transponder data indicates the autopilot was told to descend from 38,000 feet to 100 feet. The last part of the recording contains screaming during the sudden descent.

Investigators are still searching for the plane's flight data recorder.

The co-pilot started training in 2008, and was diagnosed in 2009 with serious depression according to BBC News. Later he completed his training and passed all his tests to pilot, according to Lufthansa chief executive Carsten Spohr.

In light of this incident, several airlines announced a ban on leaving any one person alone in the cockpit.

Germanwings Flight 9525 crashes into French A...

Germanwings Flight 9525, an Airbus A320 carrying 150 passengers and crew, crashed into the ...
Send us your articles and web-novels! comments powered by Disqus