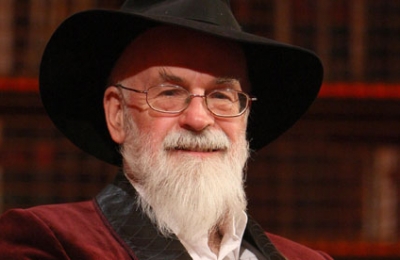 British author Terry Pratchett, best known for the Discworld series of fantasy novels, has died at the age of 66. Pratchett was diagnosed with a rare form of Alzheimer's in 2007, following his diagnosis he donated to Alzheimer's charities and became a public face of the disease

Pratchett spoke out for the right of an individual to assisted suicide. However, Larry Finlay, of Pratchett's publisher Transworld, said that the author did not die of suicide but of natural causes at home "with his cat sleeping on his bed, surrounded by his family,"

British Prime Minister David Cameron paid tribute to Pratchett. He said "Sad to hear of Sir Terry Pratchett's death, his books fired the imagination of millions and he fearlessly campaigned for dementia awareness."

A writer since his teens, Pratchett first came to prominence with the Discworld novel The Colour of Magic in 1983, and at his peak was publishing three books a year, writing over 70 in total. Alzheimer's slowed but did not end his writing, with a final novel, the fourth book in the Long Earth series due in the summer of 2015. He was knighted for services to literature in 2009.

News of Pratchett's death was made via his official Twitter account in the persona of Death, a character in many of his novels, with the tweet: "AT LAST, SIR TERRY, WE MUST WALK TOGETHER."

James Best, best known as Sheriff Rosco P. Coltrane on The Dukes of Hazzard, has died, aged...
Send us your articles and web-novels! comments powered by Disqus

A fire broke out at a high-rise hotel in Dubai, United Arab Emirates (UAE) at local night ye...

Bombs kill at least 20 at cathedral in Mindanao, Phi...

Per a Facebook statement by German police, gunfire was reported near Hanauer Street and Ries...