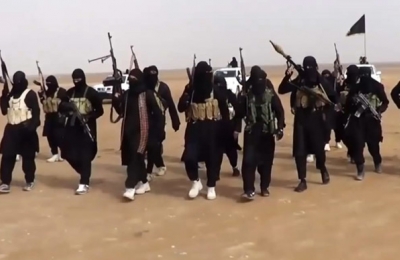 A video purporting to show the execution of 21 Coptic Christians by supporters of Islamic State of Iraq and the Levant (ISIL) has been released yesterday. The video shows them being beheaded in a location apparently near Tripoli in Libya.

The captives, all shown being executed in orange jumpsuits in the video, were picked up in Sirte, a coastal town in Libya, during December and January. The video asserts the Christians were targeted by ISIL because of their religion.

The Coptic Orthodox Church stated they were "confident" justice would be done on those who executed their followers. Egypt's President Abdel Fattah al-Sisi stated: "Egypt and the whole world are in a fierce battle with extremist groups carrying extremist ideology and sharing the same goals".

Al-Azhar University, a Cairo-based centre for Islamic learning, described the killing of Christians "barbaric" and stated the actions have "nothing to do with any religion or human values".

Military forces from Chad and Niger yesterday engaged Boko Haram militants within the borde...
Send us your articles and web-novels! comments powered by Disqus

A video purporting to show the execution of 21 Coptic Christians by supporters of Islamic St...

Driving down a highway at night can be great, it is very relaxing, but sometimes those road ...

Yesterday, Ali Akbar Hashemi Rafsanjani, president of Iran from 1989 to 1997, died in hospit...

Man sets himself on fire outside US White House