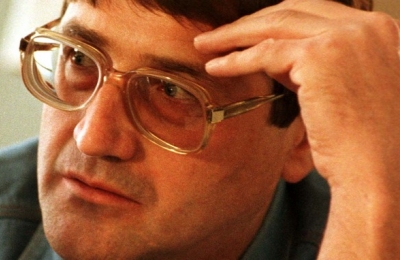 After South Africa's first democratic elections in 1994 de Kock was arrested and subsequently detailed his actions to the nation's Truth and Reconciliation Commission (TRC). As head of a police 'counter-insurgency' unit de Kock took responsibility for murdering and torturing dissidents opposed to white-only rule. His methods included bombings, shootings, and stabbings and he operated internationally and at home. His revelations earned him the nickname "Prime Evil".

The TRC granted de Kock immunity for most crimes in exchange for his testimony. He was charged with remaining offences, not covered due to limits in TRC power, and in 1996 jailed for life for six murders. Additional convictions include kidnap and attempted murder. He received an additional 212-year term for those crimes. The TRC could only grant immunity where the offence was a human rights violation and the offender gave a full confession.

In the early nineties de Kock teamed up with anti-ANC party Inkatha to arrange violence within black communities. Internal conflict killed 12,000 in the wake of future President Nelson Mandela's release. Mandela wrote of fearing "a hidden hand behind the violence[...] attempting to disrupt the negotiations", by orchestrating the clashes in Natal and Transvaal. He was referring to upcoming elections and a transfer of power away from white rule and apartheid.

Masutha said de Kock was being released "in the interest of reconciliation and nation building". The date, location, and terms are to remain secret.

Reaction from his victims is varied.

Murder victim Glenack Mama's widow Sandra welcomed the release. She said to a BBC reporter "I think it will actually close a chapter in our history because we've come a long way and I think his release will just once again help with the reconciliation process because there's still a lot of things that we need to do as a country". She said "He got the instructions from the top and they [more senior officials] got away with it[...] they're amongst us today and one man is taking the fall".

Eddie Makue said to The Associated Press the release stirred up "mixed feelings, which is something we've gotten used to as South Africans". He was a South African Council of Churches employee in 1988 when de Kock bombed their headquarters. Jane Quin said she was "terribly disappointed" and he should never be released. Her sister Jacqui Quin was murdered in Lesotho in 1985 by de Kock.

TRC chairman Archbishop Desmond Tutu said "I pray that those whom he hurt, those from whom he took loved ones, will find the power within them to forgive him." He said the release would not be universally welcome but is nonetheless "to our collective credit, as people and as a nation." Tutu called it "an indictment on our government" that apartheid officials who did not co-operate with the TRC had evaded prosecution.

Whilst in prison de Kock has assisted the recovery of his missing victims' remains. Remorse and his help to the Missing Persons Task Team were cited by Masutha as reasons to release him, which was initially decided against last July. "[H]is key role has been to introduce us to other former security police who can assist with finding others," said Task Team leader Madeleine Fullard. Fullard said de Kock had also directly assisted in retrieving two bodies. "He certainly feels lives were wasted for no reason", she added, describing a meeting with him at one ANC victim's grave. "He seemed to be quite stressed."

Tuesday, July 7, 2020  In March, a study conducted by astronomer Anthony Boccaletti and oth...