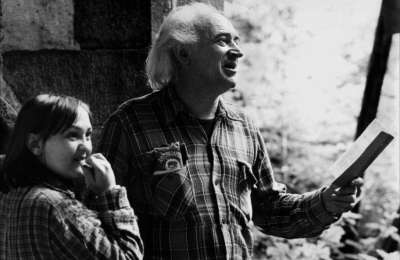 Vautier focused on French colonies. He made over 150 films and targeted what he described as "lack of teachers and doctors, the crimes committed by the French Army in the name of France, the instrumentalization of the colonized peoples". One topic of particular focus was the war in Algeria. Between 1954 and 1962 Algerians fought for, and won, their independence from France.

His work on the conflict included Algeria in Flames in 1958 and 20 Years in Aures, which also investigated post-conflict Algeria and won 1972's international critics' award at the Cannes Film Festival. That film looked at killings by young French conscripts.

In 1950 he was imprisoned in France for a year for, amongst other things, unauthorised filming in Upper Volta, a colonial region that became Burkina Faso. His footage was seized but he salvaged sufficient material to make Afrique 50, a seventeen-minute work that was banned in France until 1990.

His work in the 60s and 70s looked at racism in former Rhodesia, which is now Zimbabwe, and in South Africa. He compared his investigative footage with the official position of local authorities. In 1974 he co-directed Human, Too Human, an almost-unspoken film depicting Citroen car manufacture in France.

Other topics he covered include pollution, women's rights, and the French far-right.

Vautier's achievements outside of directing include a hunger strike in 1973 against what he viewed as political censorship. French law was changed. His activism went back to age 15 when he joined the French Resistance during World War II. He documented himself in a 1998 book. In the 1960s he headed back to newly-independent Algeria to teach film directing.

Vautier himself was trained at the Advanced Institute for Cinemagraphic Studies, in Paris.

Harold Ramis, best known from his part as Egon Spengler in the blockbuster Ghostbusters has...

Etienne Tshisekedi, leader of the Democratic Republic of the Congo (DRC)'s opposition Union...
Send us your articles and web-novels! comments powered by Disqus

Yesterday, thousands of anti-abortion protesters rallied in Washington, D.C. Unlike the half...

Pop culture celebrated at Fan Expo Canada 2016 in To...

Investigators looking into the Germanwings Flight 9525 crash in March announced on Wednesday...