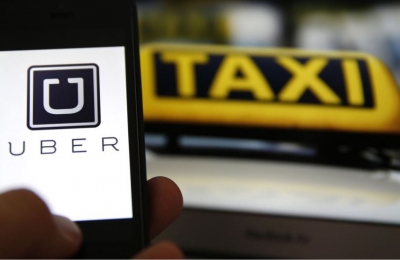 Following Friday's alleged rape of a woman in New Delhi by an Uber taxi driver, the city administration has directed Uber, and all other unapproved radio cab and internet-based taxi companies, to halt operations in the city. In the notification, issued by the Delhi transport department on Tuesday, it was said that only six radio cab companies are properly registered and will be allowed to operate in the city. Uber was initially blacklisted in the city on Monday for failing to run background checks on its drivers.

The six online/radio-cab companies still permitted to operate in the city are Meru, Mega, Chanson, Yo, Air, and Easy.

The decision came after Friday's alleged rape of a 25 year-old woman by an Uber driver. The victim stated she had booked a taxi through the Uber app Friday night, from a restaurant in Vasant Vihar, to take her to Inderlok. She then fell asleep during the commute; and, on noticing his fare sleeping, the driver drove to a secluded area near Buddha Garden and Ridge before assaulting her. Later the driver drove her home and left, warning her not to inform the police. The woman, however, managed to note down the car's registration number and take a photograph.

The 32 year old accused was arrested on Sunday in his native village near Matura, and taken into custody until Thursday. Police have released information indicating the driver was previously arrested in 2011 in another rape case. At that time he was held in custody for seven months in Tihar jail, before being released by the court due to lack of evidence. On Monday, police stated the driver had also forged a police character certificate.

Following Friday's alleged rape of a woman in New Delhi by an Uber taxi driver, the city adm...

The International Paralympic Committee (IPC) has confirmed the ban on all Russian athletes f...

Yesterday, the Iranian military announced the wreckage of an Aseman Airlines airplane, which...