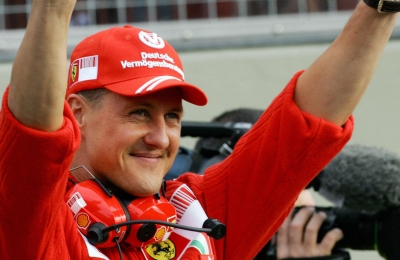 Michael Schumacher has pulled through from the coma which has kept him in a deep slumber since December last year.

Sabine Kehm said: "Michael has left the CHU Grenoble to continue his long phase of rehabilitation. He is not in a coma anymore."

Michael had been in an induced coma in Grenoble, France since a skiing accident on December 29 in the French Alps. Schumacher struck his head on a rock while skiing off-piste which left him with life threatening blood clots.

The F1 legend underwent two operations only days after the accident to remove the clots, followed by inducing a coma to allow his brain to begin recovery.

Near the end of January, drugs were gradually reduced in an attempt to bring him slowly out of the coma.

Today is a great day for Schummy fans and we can only hope to see Schumacher up on his feet within the next year!
Share this article:

Doctors are currently working to bring Michael Schumacher slowly out of the induced coma, b...

The F1 legend Michael Schumacher remains in an induced coma 1 month from today after a skii...
Send us your articles and web-novels! comments powered by Disqus

Michael Schumacher has woken up from 7 month coma!

Michael Schumacher has pulled through from the coma which has kept him in a deep slumber sin...

David Letterman signs off after 33 year career on th...