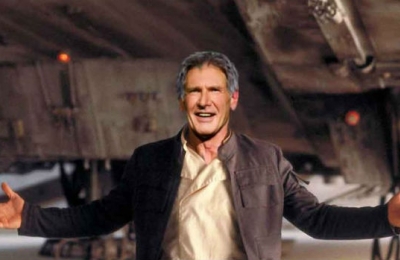 Harrison Ford was rushed to John Radcliffe hospital in Oxford today after being crushed on the Star Wars movie set. Ford aged 71 slumped to the floor after he was crushed by the hydraulic door of his legendary spaceship The Millennium Falcon.

Mr Ford has suffered a broken ankle and it is unsure if he has any major chest injuries, more will be known after the results of the medical examinations.

Harrison Ford was in the process of acting his scenes for Star Wars VII at Pinewood Studios in Buckinghamshire. Health and Safety have launched an investigation into the incident.
Share this article:

Star Wars cast, what they look like NOW! (GAL...

We have put together a gallery of celebs from the Star Wars movies; are you curious about h...

UK urges US to waive immunity for diplomat's ...

A small plane, piloted by sixteen-year-old Ryan McCall, crashed near Orange County Airport ...
Send us your articles and web-novels! comments powered by Disqus

Harrison Ford was rushed to John Radcliffe hospital in Oxford today after being crushed on t...

A 56-year-old woman and her five-year-old grandson from Anápolis in the state of Goias, Braz...

The International Paralympic Committee (IPC) has confirmed the ban on all Russian athletes f...

U.S. Senator Bernie Sanders of Vermont, an independent who caucuses with Democrats, revealed...